What if Judge Kavanaugh was Subject to the UCMJ

Previous Next
What if Judge Kavanaugh was Subject to the UCMJ

Judge Kavanaugh can thank his lucky stars he was not in the military, otherwise he’d be sitting in a military prison right now. 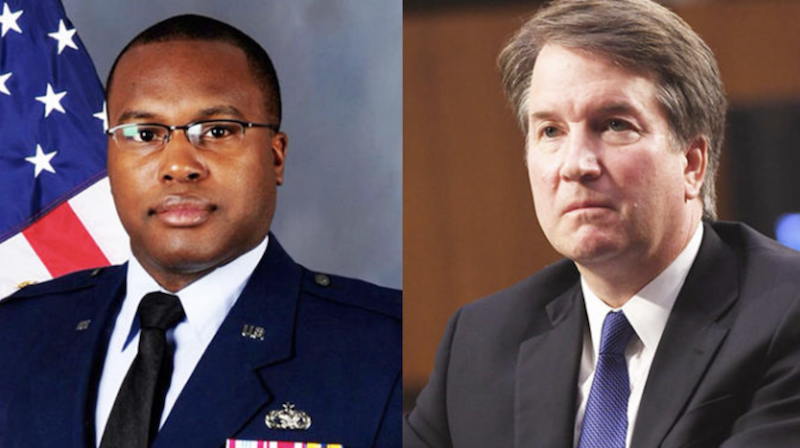 PEOPLE IN THE MILITARY ARE CONVICTED BY MERE ACCUSATIONS – BETTER THINK TWICE BEFORE RECOMMENDING A MILITARY CAREER TO ANY YOUNG PERSON, ESPECIALLY A YOUNG MAN

If Justice Kavanaugh was Major or Sergeant Kavanaugh serving in the United States Armed Forces, he would have already been charged, prosecuted, and likely convicted under the Uniform Code of Military Justice (UCMJ). A Department of Defense (DoD) report from the Subcommittee of the Judicial Proceedings Panel (JPP), produced several disturbing reports last year on how due process is not afforded for those who serve our country when accused of sexual misconduct.

The reports titled “Report on Sexual Assault Investigations in the Military” and “Report on Barriers to the Fair Administration of Military Justice in Sexual Assault Cases” reveal harrowing accounts of how service members Constitutional and human rights are violated just to secure convictions at military court martials.

The reports reveal that military investigators must treat any allegation as a sexual assault, even if the facts do not meet the elements of a crime, and that there is no such thing as an ‘alleged victim’ — all accusations substantiate an assault actually occurred. The report reveals investigators are taught NOT TO PROBE TOO DEEPLY into an alleged victim’s accusation or confront the alleged victim with aspects of their story that don’t make logical sense.

The report even reveals alleged victims are allowed to avoid turning over potentially exculpatory evidence stored in cell phones to investigators that could clear the name of the accused. The report finally concludes that the military is less concerned with the merits of the case than the alleged victim’s preference of wanting to be heard at trial.

A former top prosecutor for the Air Force, Lieutenant General Richard T. Harding, was cited to in the case ‘US v. Brandon T. Wright’ that “victims are to be believed and their cases referred to trial.” That’s correct, NO EVIDENCE, JUST THE ACCUSATION, and Sergeant Kavanaugh would be looking at the possibility of years in prison and a lifetime of having to register as a sex offender.

Even motive does not matter to the military. I attest to this personally as I was prosecuted and convicted of sexual assault against my ex-wife as we battled for custody of our daughter. I was awarded custody of our daughter during divorce proceedings, and she launched a baseless and fabricated accusation to the military that while we were married, I sexually assaulted her by rubbing her breast and digitally penetrated her without her consent.

Prior to my trial she even sent me a series of text messages that if I stopped pursuing custody of our daughter, then she would drop her fabricated claims. I declined her offer and even presented this evidence to my convening authority and the appellate courts, but to no avail, her motives to fabricate were ignored and I was falsely convicted.

We can only pray if Justice Kavanaugh is ever afforded an opportunity to opine on the Constitutionality of the current practices within the Department of Defense, he will thank his lucky stars that he was not in the military where mere accusation will throw you in prison. Your Honor, please end these unlawful and systemic patterns in the military that erode and deny due process for the honorable people who serve their country.

Presently, the elected representatives where Major Anderson lives are waiting for a response from the Secretary of the Air Force, Heather Wilson.

Brett Kavanaugh was confirmed by the United States Senate on October 6, 2018. We hope that Justice Kavanaugh does what he can to help military members who are frequently subjected to a slanted and biased judicial system designed NOT TO FIND THE TRUTH, OR LEVY FAIR JUSTICE, but to protect the military system under the guise of being a credible judicial system. Unlawful command influence is one of the biggest problems. 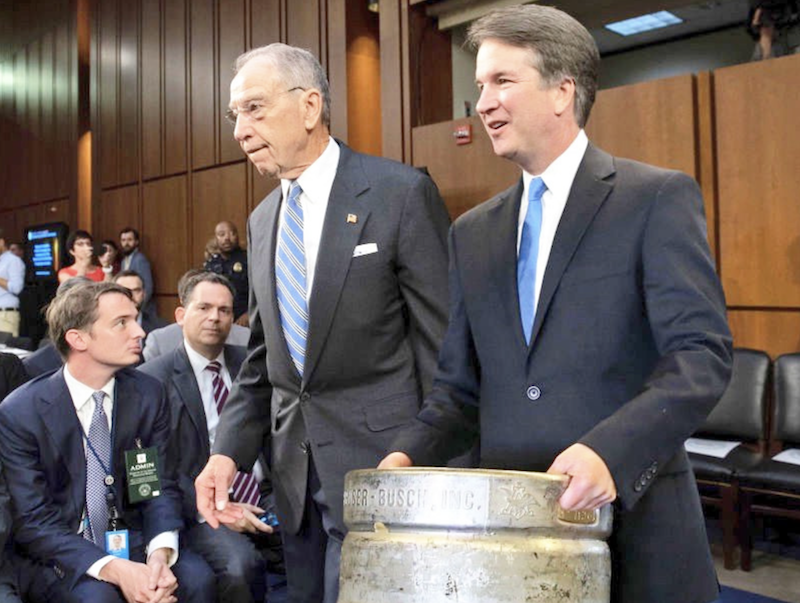 Don’t think for a moment that people do not have a sense of humor. We received this picture shortly after Kavanaugh’s confirmation.
The caption read… “Judge Kavanaugh plans a kegger for his swearing-in ceremony.”