Triple Murder, False Rape Allegations and the corruption of both a police department and the U.S. Army

Previous Next
Triple Murder, False Rape Allegations and the corruption of both a police department and the U.S. Army 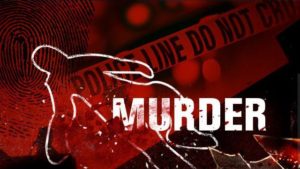 Triple Murder, False Rape Allegations and the corruption of both a police department and the U.S. Army…Update in the False Accusation and Wrongful Conviction Case of Army Major “Kit” Martin:

“NCFM has an update in the case of Army Major Kit Martin about the November 2015 unsolved triple homicide in Pembroke, Kentucky. One of the murder victims was Calvin Phillips, a married man involved in an extra marital sexual affair with Major Martin’s dangerous, bigamist, convicted felon, lying and conniving ex-wife; Joan Harmon-Guerra.

Followers of the Major Christian “Kit” Martin saga may recall Harmon-Guerra accused him of child abuse, sexual assault, even international spying. Because of politically correct pressure to end sexual assaults in the military, Major Martin suffered undue command influence, albeit a General more concerned with his career than standing tall for his soldiers. After thorough investigations, civilian authorities cleared him of Harmon-Guerra’s accusations. Then, the Army piled on even more charges a year and a half later. Fortunately, in this case, truth prevailed. At courts-martial, Major Martin was acquitted of hateful Harmon-Guerra’s false, malicious and ruinous accusations.

Regardless, army prosecutors had to save face and Major Martin fell to two minor trumped-up misdemeanors. He then spent several weeks incarcerated at Ft. Leavenworth, forfeited pay and benefits, and was dismissed from the Army (dishonorably discharged).