Previous Next
A Soldier’s Story of Survival after Being Falsely Accused of Sexual Assault in the U.S. Army 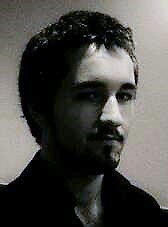 My name is Thomas Chestnut, I am 28 years old. About four years ago (2012) I joined the army to become a medic. I wanted to save lives and help others. Unknown to me, during this time the Army had started a politically motivated “war” against men, supposedly to stop sexual assault. One of the main weapons in this war is the SHARP program (Sexual Harassment Assault Response and Prevention.)

While I was still in initial training I had consensual sex with another soldier Gregory Truman. No one said anything and no complaints were made. Seven months later my former roommate Joshua Cress got in trouble for alcohol in the barracks. Like many in the army he used the “war” on sexual assault to divert attention from himself, so he reported that he had witnessed a sexual assault while in training. I was under investigation for about a year.

This was an incredibly stressful experience. During this time every morning when I went downstairs to leave the barracks for physical training I would have to pass multiple SHARP posters with quotes like “I am the force behind the fight”, “I am strong”, and “predators don’t want you to know you can talk.” I was treated like a criminal and the investigation and environment had a deep psychological impact on me.

During the court martial numerous absurd things were said, and it was obvious that both the “witness” who gave me a condom and left both of us alone, and the “victim” who had never come forward on his own, were not being honest. I’m sure both were being rewarded in some way by the army. I’ve heard there are a lot of benefits and money given to “victims.”

This did not sway the jury who had obvious prejudices about sexual assault as almost everyone does in the military. This is because of years of overzealous indoctrination by the SHARP campaign and pressure from military leadership. I will also say that the defense attorneys were horrible, and simply ran me through the “assembly line” while trying to get me to plead guilty.

I was found guilty by the panel, selected by the commander, and sentenced to three years of confinement at Fort Leavenworth prison for a crime I did not commit. This was despite the fact that the judge stated that he disagreed with the findings and would overturn the case himself if he could, however that authority had been recently taken from him due to pressure from our former administration. He suggested that the commander, the convening authority, overturn my charges, however this person did not do so, more than likely so his promotion would not be stopped by congress.

I spent two and a half years in prison, two of which were in solitary confinement due to my inability to cope with the fact that I was in prison for a horrible crime that I did not commit.  When I did get out I knew I would be a felon and registered sex offender for life. During my time in solitary I was kept in a small cell by myself and handcuffed anytime I had to go to the shower. I was often forced to the ground, my clothes cut off of me and my hands and feet tied behind me (like being hogtied). Sometimes I was strapped down on a litter face down naked, then put in an empty cell for up to two weeks at a time. I had nothing but a green padded dress to wear. I was not able to even have pictures of my family or mail from my family. This was the most traumatizing thing I’ve ever been through and I am irreversibly damaged by it.

How could I respect the authority of such a corrupt system and such a corrupt institution? Not after what they did to me, to us, as I am not alone in this you see. Hundreds of my fellow veterans have also been falsely accused and forced into prison. Obviously, the military leadership lacks the maturity and ethics to handle sexual assault cases in a balanced adult way. They should not have authority in these matters.

In December of 2016, through the appeals process, my charges were overturned. I was fully cleared and released soon after with all charges dismissed, and the promise of compensation.  That compensation hasn’t happened and no one will talk to me as I am now officially out of the army.

Here I am trying to figure out how to function in this vast terrifying world. I can’t even handle standing in line at a store sometimes. Being in large open spaces or small cramped spaces like an elevator terrifies me.

I have nothing. No place of my own, no car, and little money. The army has no plan for someone with a case overturned, so I’ve been more or less thrown out on the street.

Thank you for taking time out of your day to read this.  Please support the volunteers of the non-profit Save Our Heroes Project. http://www.saveourheroesproject.com/ and https://www.facebook.com/SaveOurHeroesProject/

By Save Our Heros|January 22nd, 2017|Education, False Allegations, Military Investigations, Military Justice, Military News|Comments Off on A Soldier’s Story of Survival after Being Falsely Accused of Sexual Assault in the U.S. Army