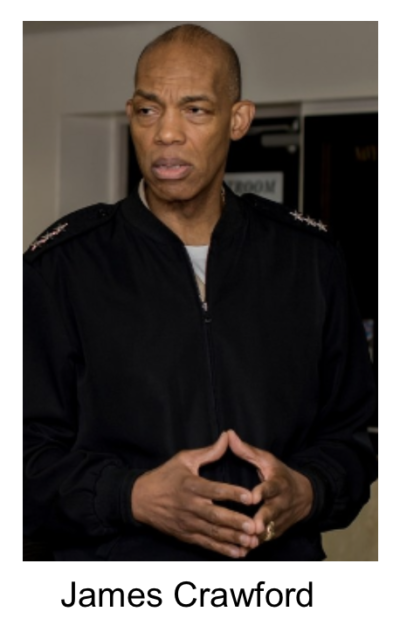 For those not familiar, Crawford, while serving as the Navy’s top lawyer, unlawfully put pressure on the convening authority, Rear Admiral Patrick Lorge, who made the decision on the case of Chief Barry.

At the time, Admiral Lorge had doubts about Barry’s guilt at the clemency phase and considered dismissing Barry’s conviction, but was pressured by Crawford not to do so.

Lorge, after retiring, and perhaps in a state of guilt, expressed his concerns as to Barry’s innocence and the pressure he was under. He subsequently provided a sworn affidavit; a portion of his statement is below.

Those familiar with our efforts can review our prior articles (linked below) regarding Crawford, and other articles related to this case. 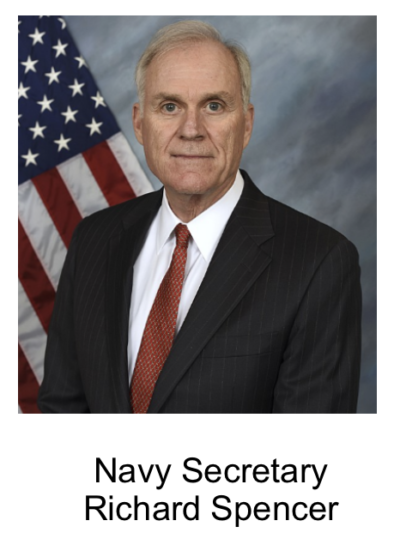 The latest letter is in a series of letters which was sent to the North Carolina State Bar, the Senate Armed Services Committee and have now led to the submission of a letter to Chief of Naval Operations (CNO) Admiral John Richardson.  SOH has received no reply to our CNO letter. 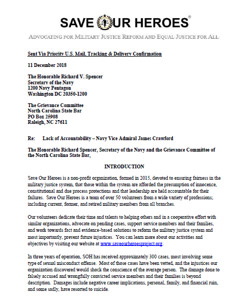 Shockingly, Admiral Crawford was quietly allowed to retire with his rank and pension intact, despite decisions in two separate military hearings, a Dubay Hearing and a decision by the Court of Appeals of the Armed Forces, (CAAF), where it was determined that Crawford was in violation of Article 37, Unlawful Command Influence in the Barry case.

It seems as though Crawford has a history of being accused of Unlawful Command Influence. The San Diego Union Tribune reported in April of 2018, that defense attorneys for three Navy SEALS accused of abusing insurgent detainees on an oil platform in Afghanistan in 2012, accused Crawford of attempting to exert his influence in that case as well.

One of Chief Barry’s defense attorneys; David P. Sheldon was quoted in that article;

“It is Admiral Crawford who should be held accountable
for his repeated unlawful acts….”

Keith Barry, although finally having his conviction dismissed with prejudice continues to struggle with the after affects and trying get his back pay and restore his reputation, while seemingly, Admiral Crawford has experienced no sanctions due to his actions.

Sadly, Chief Barry will never be able to get that time back for his unlawful incarceration. Unfortunately, SOH has seen many similar cases.

While sexual harassment and assault have no place in our military, the political and special interest group push for convictions, irrespective of the validity of the claims, evidence or rule of law, cannot eliminate the presumption of innocence, due process or the protections of the Constitution.

In a similar civilian case that riveted the nation in 2006, Durham North Carolina District Attorney Mike Nifong, in a case that had been infamously referred to as the ‘Duke Lacrosse’ scandal, three lacrosse players had been falsely accused of sexual assault. D.A. Nifong continued to pursue the prosecution even when he knew that the players were innocent and attempted to hide exculpatory evidence. When this serious prosecutorial misconduct was discovered on the part of D.A. Nifong, the players were cleared and Nifong was subsequently criminally charged, incarcerated and disbarred from the practice of law.

We simply cannot resort to mob justice and must eliminate the unrelenting pressure that is placed upon convening authorities to push forward cases to court martial that have no merit, or are blatantly false, at the potential for the destruction of their careers.

Save Our Heroes’ has diligently tried to get accountability for false accusers who are virtually never held to account in the military, and accountability for those, like Admiral James Crawford whose unlawful actions that some would call corruption, perpetuate injustices and wrongful convictions.

Accountability and rule of law demand that Admiral Crawford be ordered back into the military and face a court martial for his actions. Even though two separate military proceedings found Crawford guilty of committing UCI, he is also guaranteed the presumption of innocence, due process and constitutional protections, just as any other person who is accused of a crime, including Chief Barry who was denied those rights.

We’ll see if we get a response from the Navy Secretary or the North Carolina State Bar.

As further developments are learned, we will bring them to you here.