by Save Our Heroes

In a letter dated 17 September 2018, Save Our Heroes, wrote to Naval Chief of Operations, Admiral John M. Richardson. The letter is a demand to order back into the Navy, now retired Judge Advocate General, Vice Admiral James Crawford, to face a court martial. 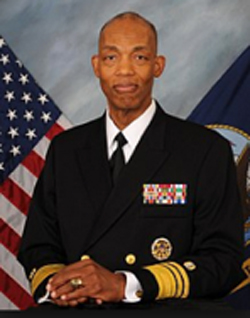 As we have reported back in May, we filed a formal complaint to the North Carolina State Bar Association as a result of Crawford’s Unlawful Command Influence which resulted in the wrongful conviction and incarceration of U.S. Navy Chief Special Warfare Operator Keith Barry. Please refer to the link below for full coverage. We also notified the Senate Armed Services Committee.

In a 5 September 2018 Court of Appeals for the Armed Forces published opinion (linked below), Chief Special Warfare Operator Keith Barry had his conviction overturned with prejudice, primarily based on the unlawful command influence actions of Admiral Crawford.

There now have been two separate military judicial hearings and decisions that have ruled that Admiral Crawford is guilty of Unlawful Command Influence. One, a Dubay hearing and a decision by the Court of Appeals of the Armed Forces (CAAF).

The Navy Times has just reported that effective 12 September 2018, there was a change of command ceremony at the Washington Navy Yard due to Crawford’s retirement. Phone call messages to the Navy JAG Public Information Officer (202) 685-5394, were not returned.

Essentially, we have a military version of ‘Duke Lacrosse’ that involved criminally corrupt, and now disbarred North Carolina District Attorney Mike Nifong. The word ‘Nifong’ has become a synonym for ‘railroading.’ Nifong, as you recall, was the District Attorney in Durham North Carolina when in 2006, he attempted to prosecute several lacrosse players from Duke University for rape and other related crimes, based on the claims made by an unemployed, career criminal and drug addled stripper by the name of Crystal Magnum. 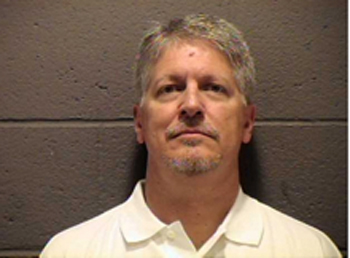 The case made national news for months, and Nifong’s spurious prosecutorial activities were eventually exposed, resulting in criminal charges and disbarment. A simple Google search for Mike Nifong will result in thousands of articles and commentaries. Even though the falsely accused lacrosse players could have faced decades in prison, Nifong was disbarred, criminally charged and spent only one day in jail.

As recently as 2014 a murder defendant prosecuted and convicted by Nifong won his freedom after it was determined that once again, Nifong hid exculpatory evidence from the defense.

Crystal Magnum; the drug addled stripper is currently serving a sentence for murder after being convicted for the stabbing death of her then boyfriend in 2013, receiving a sentence of 14 to 18 years.

The corruption of Crawford was brought to light, by an affidavit filed by then Rear Admiral Patrick Lorge who was convening authority in Barry’s case. Apparently, Lorge was guilt ridden and provided an affidavit after his retirement. After Barry’s conviction, Lorge considered granting clemency because he felt that Barry was innocent, but was pressured by Crawford, and felt that his career would be derailed if he granted clemency.

Lorge’s affidavit is contained within the CAAF decision and a number of his sworn statements should send a chill up the spines of every active duty serviceman. Below is one of those admissions;

“….. While the prosecutor at his best is one of the most beneficent forces in our society, when he acts from malice’ or other base motives, he is one of the worst…..”

It is explicitly clear that Admiral Crawford acted from malice and had other base motives, and two courts agree. So how is it remotely possible, with such an egregious violation of ethics, integrity and honesty, did the Navy allow Crawford to retire, presumably with his rank intact?

According to the Navy Times and San Diego Union Tribune, Crawford’s actions again are under scrutiny in a case involving four Navy Seals accused of war crimes in Iraq and in the case of a death of a trainee at the Seal training facility in San Diego. And these are just the ones that have reached the news media. What other cases are out there that we don’t know about or that have not yet been reported in the news media?

There seems to be a pattern here. Such egregious, bold and blatant prosecutorial misconduct does not happen in a vacuum, and it rarely happens just once.

Common sense would dictate that someone in a significant position of rank and authority would order a review of all cases Crawford participated as well as his policies and memos which led to the wrongful conviction of a highly decorated Navy Seal.

Just as the Navy quietly shuffled Crawford out the back door, we doubt that will happen, as the false and invented political narrative of a sexual assault epidemic in the military can be preserved, and other convening authorities like Lorge, under pressure, will rubber stamp more innocent men into jail cells so as to avoid damaging their careers and avoid the elevated decibel, delusional histrionics of some in the legislature and special interest groups.

The tide is turning however as some cases are rapidly being dismissed at the trial level and others are being dismissed and over turned in droves at various appellate levels. We are talking about cases that have no merit, that should have never reached the front steps of a courthouse yet are being pushed forward to appease the mob. There are signs that the pendulum is beginning to swing in the other direction.

Many years ago, during a 15-month period, a hysteria, propagated by a false narrative swept the eastern part of the United States. More than 200 people were accused and over 30 were put to death. That time was between 1692 and 1693 and is commonly referred to as the ‘Salem Witch Trials.’

It is time for the return of common sense, rule of law and the restoration of basic due process and constitutional protections in the handling of military sexual misconduct offenses. It’s a process. Mob rule isn’t working and doesn’t work. While we deplore any type of sexual misconduct in the ranks of the military, what is currently happening is not justice, but more akin to a circus.

One of the first steps in this process is for the Navy to order Admiral Crawford back into active duty and convene a court martial. Just like the Duke Lacrosse case and Nifong, Crawford must be held accountable, and Keith Barry must be made whole again.

For those who reach out to Save Our Heroes for help and support, you to can take an active part by downloading this article, the related article and copies of the letters and write your representatives and demand that the reform of the military justice system is now a must.