Save Our Heroes Requests Congressional Hearings

Previous Next
Save Our Heroes Requests Congressional Hearings 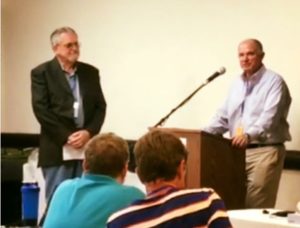 Save Our Heroes – Chairman of the Board, Doug James, publicly announced Friday their organization is formally requesting Congress to hold Hearings on the military judicial system. At the National Coalition for Men conference in San Diego, Mr James said there are too many innocent service members incarcerated due to a politically tainted judicial system. James went on to say the system has been used to push a political agenda and has morphed into a ‘Kangaroo Court’ and a threat to national security. When you have multiple testimonies in Court, from Generals and Admirals, admitting they succumbed to political pressure to put innocent service members in jail, you’ve got a serious problem. Mr James forcefully told a crowded conference room, “As a combat vet, I ask Congress to bring military Senior leadership who have perpetuated this threat to hear directly from them why they are putting innocent service members in jail. In our constitutional government, political pressure is not an excuse”.

By Save Our Heros|September 19th, 2017|General|Comments Off on Save Our Heroes Requests Congressional Hearings