Reports of sexual assault in the US military increased by 13%

(CNN)Reports of sexual assault in the US military jumped 13% from the previous fiscal year, driven by a sharp increase in reports from the US Army at a time when the service is already struggling to meet recruiting goals.

Dealing with issue a top priority

Defense Secretary Lloyd Austin has made combating sexual assault one of the top priorities since his earliest days at the Pentagon, calling it a “scourge” within the military. Austin sent a Department of Defense-wide memo Thursday with a renewed call to action to “redouble efforts to address sexual assault in the military,” Department of Defense Office of Force Resiliency Executive Director Elizabeth Foster said during a briefing at the Pentagon Thursday.
During the briefing on the report Department of Defense officials said the US military has to move from drawing awareness to the issues of assaults within the military and among the services to doing a better job preventing them.
The total number includes reports of sexual assault by service members during their military service, reports by service members before their military service, and reports made by civilians or foreign nationals against service members. 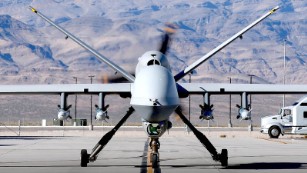 Pentagon announces new plan to reduce number of civilians killed in military operations
At the same time, a confidential survey conducted by the military estimated that about 35,900 active-duty service members said they had experienced some form of unwanted sexual contact in 2021. Of those 35,900, 19,300 women and 16,600 men said they experienced unwanted sexual contact.
However, this survey, conducted by the military every two years and used to estimate the wider prevalence of sexual harassment and sexual assault, also includes such instances that occurred before a service member joined the military or committed by someone outside the military.
These results show a “significant increase in sexual assault prevalence” in the military, Foster said.
“The results are a tragic reminder of the challenges we face and the absolute need for continued leadership engagement, historic reforms that remain underway, and a focus on the latest in prevention so we can achieve the foundational change we need,” Foster said.
The prevalence rate, where military service members noted if they had experienced unwanted sexual contact, indicate the “highest sexual assault prevalence rate since the department started measuring sexual assault prevalence in 2006” for women and the “second highest prevalence rate for men,” Foster said.
The 2021 survey results “cannot be scientifically compared to prior years’ results,” because of a “government-directed change in sexual assault metric,” the Department of Defense said in supporting documents about the report. Because the questions in the survey were changed, an “apples to apples” comparison cannot be made, Dr. Ashlea Klahr, director of the Department of Defense Health and Resilience Research, Office of People Analytics, said during the briefing Thursday. 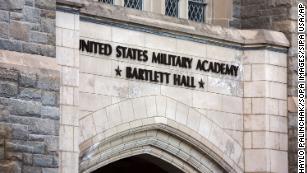 West Point is displaying a Ku Klux Klan plaque at entrance to Science building, Congressional Naming Commission finds
When reporting unwanted sexual contact, women “overwhelmingly identified their alleged offenders as male,” with 91 percent of women reporting the unwanted contact had come from men. Less than half of men identified their alleged offenders as male, at 46 percent, and one-third of men reporting unwanted sexual contact identified their offenders as female, the report said.
The majority of unwanted sexual contact incidents “involved someone from work and often a friend or acquaintance,” the report said. About 9 percent of women and 10 percent of men who reported this kind of contact indicated “at least one alleged offender was an intimate partner,” the report said.
The report on the increase in sexual assaults is a blow to the Army, which is already struggling to meet its recruiting goals. In a July memo, Army Secretary Christine Wormuth and Chief of Staff Gen. James McConville acknowledged the service may have as few as 445,000 soldiers by the end of next year, significantly lower than the goal of greater than 460,000.

After Austin directed an Independent Review Commission to provide the department with recommendations on how to tackle the problem, the Pentagon laid out a plan to adopt all of the commission’s 80 recommendations in September 2021.
Defense Department officials said the report’s findings are a reminder that the changes the commission has recommended and changes that were made in this year’s National Defense Authorization Act are imperative to see real change within the military on this issue.
“We have heard loud and clear from our victims that the conditions in the force are unacceptable right now,” a Defense Department official said Thursday. “That is why we are making unprecedented resource investments to get after this problem.”
In this year’s National Defense Authorization Act, Congress officially removed the handling of sexual assault cases from the military chain of command, a move long sought by critics of the military’s approach to such investigations. Military commanders now have to forward complaints of sexual harassment to independent investigators.
Defense Department Office of Force Resiliency Senior Prevention Advisor Dr. Andra Tharp said the department is moving from an awareness-based prevention approach to a more action-based prevention method by establishing new policies and procedures through both the commission recommendations and the changes made in the NDAA.
“When we talk about prevention what we’re referring to is stopping a violent act before it occurs, either by increasing those conditions or factors that protect against that violence from occurring or decreasing those conditions or factors that increase the risk for the violence occurring,” Tharp said. “This is different from an awareness-based prevention that has been part of the department’s advocacy work for the past two decades.”

By Save Our Heros|September 2nd, 2022|General|0 Comments