Save Our Heroes’ (SOH) will be testifying before the Senate Armed Services, Sub-Committee on Personnel on Wednesday, 6 March 2019.

SOH learned today, President and Chairman of the Board of Directors, Retired Air Force Colonel Doug James will sit on one of two panels discussing various issues related to sexual assaults in the armed forces. Several speakers will present views which you can view by visiting the Senate Armed Services Committee’s website at the following link; https://www.armed-services.senate.gov/hearings/19-03-06-military-services-prevention-of-and-response-to-sexual-assault.

Save Our Heroes’ (SOH) is a 501(c)(3) nonprofit organization founded in 2015, and is devoted to passionately advocating and supporting, U.S. service members and their families, who are facing false allegations, wrongful military justice action, and those who have been wrongfully convicted.

SOH, along with similar organizations, works towards evidence and fact-based military justice reform as well as conducting advocacy efforts for accountability of those who pervert the military justice system, through false allegations, prosecutorial misconduct, or unlawful command influence.

Our Directors, Advisors, and Volunteers are men and women from a wide variety of professions; including current, former, and retired service members from all branches. You can learn more about SOH, our interests and efforts, by visiting our website, www.saveourheroesproject.org.

Director of Investigations, Save Our Heroes’

Save Our Heroes’ to Testify at Special Military Justice Committee in Washington D.C. on 25 January 2019 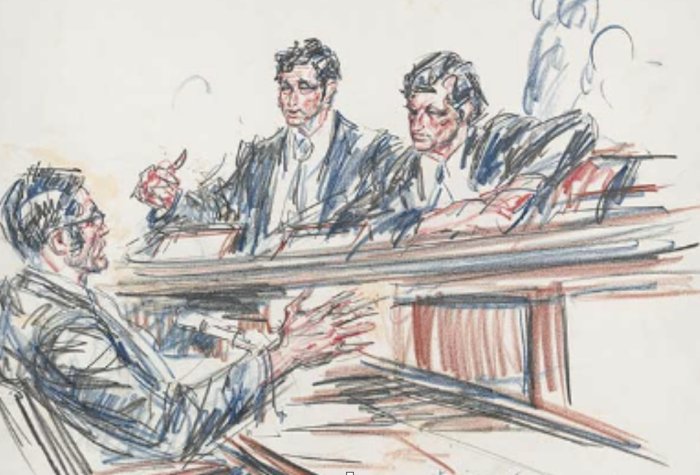 Save Our Heroes’ will testify before a military justice committee on 25 January 2019.

The committee is the Defense Advisory Committee on the Investigation, Prosecution, and Defense of Sexual Assault in the Armed Forces, (DAC-IPAD)

The DAC-IPAD Committee was formed in 2016 to advise the Secretary, and Deputy Secretary of Defense on the investigation, prosecution and defense of allegations of sexual assault in the Armed Forces.

The committee usually meets on a quarterly basis and submits a yearly report, assessing various issues related to the issue of sexual assault in the Armed Forces.

Different subjects are discussed from time to time. The DAC-IPAD recently was in contact with SOH and invited SOH to offer oral testimony on that date to discuss specific issues related to those who have been falsely accused or wrongfully convicted and/or incarcerated, and the after effects, and long-term effects of those affected.

So many times, those who have been falsely accused or wrongfully convicted, having experienced the meat grinder of a sexual assault allegation, are usually removed from the military and left in a state of family and financial ruin, among a host of other issues.

SOH has also submitted written public commentary to the committee in the past that was accepted. In September 2018, SOH submitted a public comment which can be found on their website.

The committee welcomes public commentary from any person who wishes to address the committee. Each submission is reviewed and if accepted, will be posted to their website upon completion of the hearing.

In the past, the committee has broadcast hearings and oral testimony on C-SPAN, and transcripts of testimony also follow the hearings.

In various committee settings, testimony is presented by victims, legal professionals and other experts. This committee will now hear from those affected by false allegations and wrongful convictions.

False allegations and wrongful convictions of sexual misconduct in the military has wreaked havoc on those negatively affected and their families, and sadly, some have taken their own lives.

While sexual assault victims deserve justice and support, those who falsely accuse and those who enable and facilitate injustices must also be held to account.

This coincides with the three primary mission objectives of SOH, Support, Accountability, and Legislative Change.

With intense legislative and military leadership pressure to eliminate sexual assault in the ranks, as well as the somewhat fanatical histrionics by special interest groups to obtain convictions by any means necessary, the concept of the presumption of innocence, due process and the constitution have nearly been rendered moot.

Truth and justice should be the pivotal objectives in the quest to reduce sexual assault in the ranks. Unfortunately, and as our nation has recently witnessed, mob justice has at times replaced rule of law and evidence.

Recently, the Department of Education conducted meetings and hearings and also heard from those who had been falsely accused or wrongfully expelled from our nation’s college campuses, and as such, revised guidelines were implemented to restore the presumption of innocence, due process and constitutional protections.

To those who come here for information and those individuals who have been negatively affected and their families; this is a good step towards the restoration of those rights.

Any person who wishes may provide a written statement pursuant to the rules of the committee, and upon completion of the scheduled hearing, we will provide our public statements and any links to video testimony.

Save Our Heroes’ believes the USAF should re-evaluate their ‘press release’ procedures.  Proudly proclaiming taking a fellow Airman to a Court Martial is not a way to build a powerful team.  Give Colonel Costello a chance to prove his innocence in Court before you post something to the whole world on the Internet that will last a lifetime.

See the story below from the Air Force Times on a highly sensationalized court martial case.

Save Our Heroes’ has seen these baseless allegations hundreds of times and when proven to be false, these same organizations will not admit the mistake.  There will never be an article which proclaims his innocence, or an apology given.  This is just another ploy of sacrificing a proud American to make an organization look good to Congress.

Save Our Heroes’ would strongly recommend a change to this barbaric practice.  Wait until after the trial to post information like what is found in the article below.

General Goldfein – Maybe this is why you have a pilot shortage?

From the Air Force Times

A colonel at the North American Aerospace Defense Command-Northern Command headquarters at Peterson Air Force Base in Colorado will face a court-martial on sexual assault and assault charges in March. 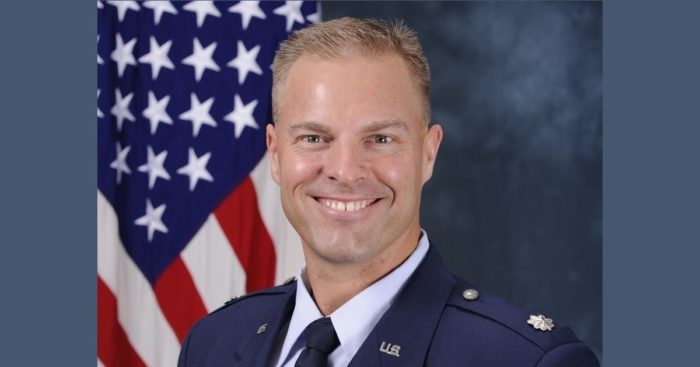 Col. Jason Costello, shown here as a lieutenant colonel, is scheduled to face a court-martial at Peterson Air Force Base, Colorado, on charges of sexual assault and assault. Costello is assigned to the training and exercises directorate of NORAD/NORTHCOM. (Air Force)

Stephen Brady, a spokesman for the 21st Space Wing at Peterson, confirmed Costello’s trial has been set for March 4. The trial was originally to be held last October but was postponed.

A spokesman for the 21st Space Wing at Peterson Air Force Base confirmed Costello’s trial has been set for March 4.

Costello previously served as commander of the 325th Training Support Squadron at Tyndall Air Force Base in Florida and has also served as an F-22 instructor.

Our nation is currently witnessing the evisceration of the presumption of innocence and the severe reduction of due process and constitutional protections. Sadly, and for some time, our service members have been experiencing these same losses when certain allegations surface. The presumption of innocence has been replaced by the presumption of guilt, and changes to the military justice system has made the task of defending oneself nearly impossible in certain cases that have garnered significant news media attention.

Service members who face false allegations without the presumption of innocence have had their lives and the lives of their families destroyed, and sadly, some have taken their own lives, adding to the already dismal statistic of service member and veteran suicides. Our service members, who sacrifice and sometimes give their lives in defense of our great nation deserve the same due process and constitutional protections that all Americans are afforded.

Save Our Heroes’ (SOH) is a 501(c)(3) nonprofit organization founded in 2015, and is devoted to passionately advocating and supporting, U.S. service members and their families, who are facing false allegations, wrongful military justice action, and those who have been wrongfully convicted. SOH, along with similar organizations, works with legislators for common sense military justice reform, and works towards holding those accountable who pervert the military justice system. Our Directors, Advisors, and Volunteers are men and women from a wide variety of professions; including current, former, and retired service members from all branches. You can learn more about SOH, our interests and efforts, by visiting our website, www.saveourheroesproject.org.

Save Our Heroes’ asks that you contact your elected representatives and demand legislative reform and accountability for our military heroes’ who have earned the right to a fair and equal military justice process. Please feel free to reach out to Save Our Heroes’ and share your stories and experiences, so together, we can all work towards a fair and equal military justice system for all servicemen and service women.

The new Save Our Heroes web site!!

It is my honor to welcome you to the new and improved Save Our Heroes web site. The Save Our Heroes team has spent a lot of time producing not only this site, but its new associated branding. These new symbols not only demonstrate the professionalism of our team, but they attest to the dedication of our volunteers to make our vision of a fair military judicial system, reality.

When I took the job as President two years ago, I did not realize how tough it was going to be for our organization to be a catalyst for change of a politically influenced military judicial system. Like most Americans, I was naïve in thinking the military judicial system was fair and efficient. Unfortunately, through legal research, hearing service member stories, and trying to understand today’s political environment, I am resigned to the fact re-aligning the military judicial system back to basic norms, will be a long and difficult fight. Our new branding is just a small outward example of the Save Our Heroes team’s re-energized path towards success. More importantly this site will allow us to better support those heroes and their families who have been falsely accused.

I encourage you to help our cause whether by donation or volunteering. The Save Our Heroes Board values the sacrifices of our donors and volunteers. Even the smallest of donations, or minute of your time, can set the foundation for saving a hero!