Previous Next
False Reports of Sexual Assault meets “Always believe the Victim” by Will M. Helixon, Attorney at Law 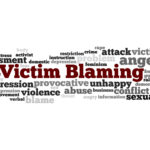 False Reports of Sexual Assault meets “Always believe the Victim”
The pendulum has swung too far – it is time for us all to stand up and say enough is enough.
“…the ethical obligation of the prosecutor is truth and justice. The prosecutor is held to a higher standard than other attorneys in our legal system and unlike their defense brothers and sister, their duty is NOT to win cases at any cost within the rule – their goal is JUSTICE. The Supreme Court acknowledged this in Berger v. United States (1935):
The [prosecutor] is the representative not of an ordinary party to a controversy, but of a sovereignty whose obligation to govern impartially is as compelling as its obligation to govern at all; and whose interest, therefore, in a criminal prosecution is not that it shall win a case, but that justice shall be done. As such, he is in a peculiar and very definite sense the servant of the law, the twofold aim of which is that guilt shall not escape or innocence suffer. He may prosecute with earnestness and vigor – indeed, he should do so. But, while he may strike hard blows, he is not at liberty to strike foul ones. It is as much his duty to refrain from improper methods calculated to produce a wrongful conviction as it is to use every legitimate means to bring about a just one.” (Will M. Helixon, Attorney at Law)
Read More at http://www.helixongroup.com/always-believe-victim-meets-false-allegations-accused-suffers/
By Save Our Heros|August 15th, 2016|Education, False Allegations, Military News, Military Sexual Assault Prevention|Comments Off on False Reports of Sexual Assault meets “Always believe the Victim” by Will M. Helixon, Attorney at Law