Due to the number of complaints coming into SOH of the prosecutorial misconduct and related actions of former Army JAG Special Victim Prosecutor; Major Jacob Bashore; now a Lieutenant Colonel and an Army Judge at Fort Hood Texas; SOH filed a Freedom of Information Act Request on November 22, 2016; specifically requesting that the Army provide a list of all cases in which Bashore participated, and that request has been denied. A snippet of the SOH FOIA request is depicted below. 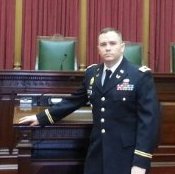 SOH just received a letter dated December 22, 2016 that our request for those records has been denied by Army Judge Advocate General, Lieutenant General Flora Darpino; stated;

“The determination that there are no records responsive to your request is made on behalf of Lieutenant General Flora D. Darpino, The Judge Advocate General.”

Here is the actual snippet from that letter. 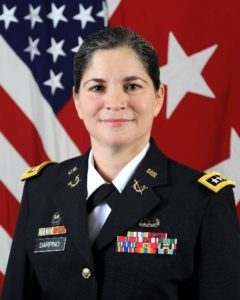 Although records of Army court-martial cases are public record and can be found on the Army’s JAGNET e-docket website, this further substantiates the willful and intentional denial of information that is lawfully requested, but yet is denied for reasons that remain a mystery. I think we already know why this denial was issued; and that was to delay the discovery of information of additional acts of prosecutorial misconduct on the part of Bashore, and to hinder attempts by SOH and other similar organizations to discover and expose any additional acts of prosecutorial misconduct.

A quick check of the Army E-Docker website, reveals that there exists 129 cases in which Jacob Bashore has participated, either as a judge or Special Victim prosecutor.

Here is a screen shot of just the first page of those cases, which only go back to October 2014 in this database.

So while the Army’s highest ranking officer in the Judge Advocate Corps proclaims that no records exist, a search of an online database, available to anyone reveals at least 129 cases in which Bashore has participated. Since these records only go back to October of 2014, the actual number is much higher.

So what is it that LTG Darpino is trying to hide from the general public and from SOH pursuant to a lawful FOIA request?

Of course, we cannot go into the mind of LTG Darpino, but anyone with half of a brain and a generalized knowledge of the sexual misconduct military judicial system, this FOIA denial for information reveals the lack of transparency, and the intentional delay for information.

It seems completely transparent at this point, that many in the Army’s JAG Corps are in ‘cover-up mode. The lack of ethics, integrity, and honesty; in cases involving allegations of sexual misconduct, is very troubling. The articles, blogs, and case examples of false allegations, prosecutions that lack probable cause and wrongful convictions are endless.

The current pattern and practice when an allegation of sexual misconduct is made, it is guilty until officially proven guilty, and by design, changes in the UCMJ, Rules of Courts-Martial, and Military Rules of Evidence (MRE), has made presenting a viable defense extremely difficult, if not virtually impossible. As a matter of routine, collateral charges are heaped on top of existing sexual misconduct charges to insure that a conviction can be rendered for ‘something.’

A significant number of cases that SOH reviews, also involve complaints of heavy handed military law enforcement agent tactics, harassment and threats by agents and prosecutors of defense witnesses, denial of defense witnesses and experts, restriction of defense interviews of alleged victims, stalling or restricting defense requests to inspect evidence, and failure to comply with lawful discovery, to name a few. Unlawful command influence is significant.

Potential court members (juries) come from the ranks, have been inundated and overwhelmed with SHARP training that promotes the mantra that an accusation alone means guilt. Many court members feel compelled or pressured to find the accused guilty of ‘something.’

This issue has not been put to rest by SOH and those who come to this site; the falsely accused and wrongfully convicted and their families, that have suffered on a biblical scale, will continue to assist those seeking help, and will continue to work to further expose the fraud and corruption in the military’s justice system.

SOH now has a database of over 160 cases; primarily sexual misconduct cases that are being reviewed, in which the evidence either proves or suggests that the allegations are either false, manufactured, or some other insignificant act on the part of the accused has been twisted, morphed, or convoluted into some type of sexual misconduct case. SOH suspects that there may be over 500 servicemen currently languishing in military correctional facilities who have been wrongfully convicted of some form of sexual misconduct.

SOH has three dozen volunteers and cases are examined on an individual basis, based on documents provided and interviews that are conducted. Suggestions and referrals to competent legal counsel, investigators and experts are then offered. It is up to each individual affected person to make the best decision to protect their rights, and to acquire the best possible outcome in their case.