Has the Military Resorted to Mafia Style Tactics in the Persecution of Sexual Misconduct Allegations of the Innocent?

by Michael Conzachi
Save Our Heroes’ Board of Directors 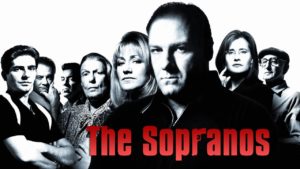 This post is an opinion of the author and is not necessarily the opinion of Save Our Heroes (SOH).

This post is intended to be a reflection of reality and of the long-ignored problem of the witch hunt in the military of anyone accused of some type of sexual misconduct offense, innocent or otherwise. Let’s be clear and understand that sexual harassment, assault and other sex crimes do happen in the military, just as they do in society, but the false narrative incessantly promoted by certain disingenuous political leaders and special interest groups is constructed more of delusion that it is of reality. There has also been a glaring hypocrisy of one of the leading cheerleaders of the rape culture hysteric cottage industry, in light of the recent perversions of a certain movie executive.

Here’s one example of that hypocrisy, no further words are needed at this time, but I’ll address it in another post. 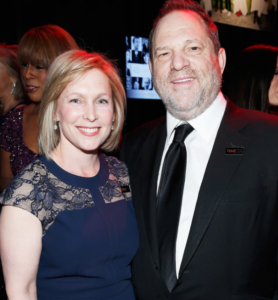 Since the inception of this organization, SOH has taken the position of acknowledging how sexual harassment and assault cases happen in the military, but the actual problem has been exploited to levels which defy logic. Unlike other prominent advocacy organizations who allegedly support sexual assault victims and claim false allegations of sexual assault do not happen, SOH understands how this crime has been turned into a weapon of choice by both false accusers and social agenda drivers.

The reality is that no one knows what the rate of false allegations are, nor the rate of those who do not come forward, as there is no mechanism in place to actually attempt to quantify these statistics. Many have asked for mechanisms to be enacted to try and actually get some type of procedure in place to determine these numbers, but nothing has been done.

What we do know, as evidenced by the numbers of cases this organization has reviewed, combined with various news accounts and reviews of court-martial records, is the rate of false allegations of sexual harassment and assault in the military appear to be exponentially higher than found in the civilian world.

Organizations like SOH and other human rights organizations who advocate for a reasonable system, or mechanism to be put in place to actually learn the rate of false allegations, have been rebuffed and rejected at every turn. The extremely loud voices claiming false allegations are non-existent; at the mere suggestion of a quantifiable process to learn the extent of the problem, scream and screech and resort to name calling; the usual, ‘misogynist,’ ‘rapist,’ ‘sexist,’ ‘rape apologist,’ and other ‘ist’s and ‘ism’s.’
The end result is that nothing happens and the abuses continue. Pure logic and common sense by rational thinking individuals would suggest everyone would want to know the extent of any problem before trying to find solutions to fix it.

That doesn’t happen. Unfortunately, in the military the extreme and most radical elements of the rape culture hysteric cottage industry; an industry in my opinion that has morphed more in line with an organized crime organization; kind of like a ‘rape mafia,’ drives the narrative, ignores logic, and is indifferent and convolutes the presumption of innocence, due process and the Constitution.

There is no other area of concern in the military where it is legislated and enforced in ‘mafia’ style fashion than in cases of allegations of DV and sexual misconduct offenses.

Like, in mafia fashion, when the local mob approaches a butcher shop owner and tells him that the neighborhood is bad and he must start paying protection, he balks and insists that other than a few acts of vandalism, the neighborhood is safe. Within days, the plate glass windows of his shop are broken. The next day, they are broken again and the next day. Now he is faced with paying for new broken glass every couple of days, but then gets another visit by the local mob foot soldiers.

The butcher shop owner now agrees that the neighborhood is bad and rather than forking out dollars every few days, cutting into his meager profits, he decides to pay the mob foot soldiers, who then kick back most of the cash to their bosses.

The butcher shop owner then begins to balk at paying the mob for protection so he starts paying lesser amounts. The word gets back to the boss who then issues orders to the underboss who then issues orders to the foot soldiers to pay a visit to the butcher shop owner. Like good foot soldiers, the pay him a visit. He still balks, so the boss pays him a visit. He balks again.

Internally one of the underbosses complains about extorting the butcher shop owner because he is his cousin. The underboss is then summoned to a meeting where he takes a baseball bat to the knee, is told to stay out of it and mind his own business. No more objections from the underboss.

A day or two go by and the foot soldiers make another stop at the butcher shop. This time, the owner gets a baseball bat to the knee and they cut off a piece of his ear. If he continues to refuse to pay, he’ll get a bullet to the back of the head and dumped in the east river. The piece of ear is brought back to the boss as proof that the foot soldiers did their job. The butcher shop owner gets the message and pays, and continues to pay.

There is also a reward system and of currying favor with those around the mob so that their illegal activities can continue. It was no secret and has been extensively reported that former mob boss John Gotti (now deceased) held lavish annual 4th of July parties in his Queens neighborhood, complete with BBQ’s and a spectacular firework’s show. He also handed out turkeys at Thanksgiving and Christmas to the neighbors around his social club. The unwritten rule was that the neighbors would alert him to the presence of police surveillance, or anyone snooping around asking questions. This provided Gotti with layers of protection and allowed him to operate for many years, but ultimately he did come down, and went to prison where he left in a horizontal position.

Eerily similar mafia style tactics has been playing out in the sexual assault case and conviction of a Navy Seal. The news stories about this case abound and there is no point in trying to list them all, but here is the scenario.

A decorated Navy Seal, Chief Keith Barry was convicted in 2014 of sexual assault in San Diego, after he had a ‘wild’ and brief sexual encounter with a female who bragged that the sex was out of this world. As in many male-female relationships, the spark quickly dissipated and Barry lost interest.

No big deal right? Men and women see each other, some engage in sex, some others don’t and each goes their own way. Some on the other hand can’t let it go. For months, the female attempted to rekindle the relationship. Barry didn’t and moved on.

Well, you guessed it. After finally coming to the realization that Barry was no longer interested in her, she yells, “rape.” Naval officials, NCIS, JAG and various persons in the chain of command leapt into swift action at Mach II speed. A court-martial was convened, Barry was convicted and sent to the brig. He has since been released.

Then came the revelation of the truth. At the clemency stage, the convening authority, Rear Admiral Patrick Lorge, (now retired) had reservations about Barry’s guilt and the truthfulness of the accuser. He considered granting clemency but denied it. 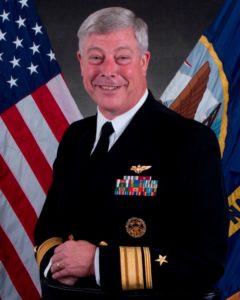 Lorge has now come forward, two years later, supplied an affidavit and claims that he was pressured, not to grant clemency by the then Judge Advocate of the Navy, now retired Vice Admiral Nanette Derenzi and her second in command at the time and the current Judge Advocate, Vice Admiral James Crawford. 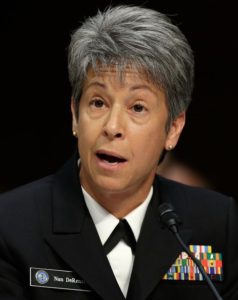 Lorge asserts that he was pressured to deny clemency as it would apparently not be in line with the military’s crackdown on sexual assault and essentially, his career would derail or end if he didn’t ‘go along with the program.’

Lorge initially did go along with the program, denied Barry’s clemency petition and Barry went to the brig. Lorge then, after retirement, had a change of heart and told the truth.

The Washington Times has now reported that in a special hearing, a ‘Dubay’ hearing in Washington DC, a military judge ruled on October 24, 2017 that Admiral Crawford was guilty of Unlawful Command Influence (UCI).

“This morning a Military Judge made extraordinary findings in a case that will shake the very foundations of the military and the Navy JAG Corps. The court found that the current Judge Advocate General of the Navy committed unlawful command influence when he advised and persuaded a Convening Authority to approve the findings of a court-martial against a U.S. Navy SEAL for political reasons, despite the Convening Authority’s firm belief the SEAL was not guilty of the charge and had not received a fair trial.”

There were even allegations by Navy JAG defense counsel that Admiral Crawford intentionally attempted to remove them from the case in order to derail or stop this from being exposed.

There has been no decision reported as of yet as to Chief Barry’s case, but most likely it will come soon.

This case is yet another example of the ‘Save Our Heroes’ belief of the military justice system’s lack of Constitutional adherence in sexual assault cases. Unfortunately, SOH believes this is just the proverbial tip of the witch hunt iceberg. The military judicial system has become a domestic threat to our National Security.

Just as the college campus kangaroo court version of the Salem Witch trials has been exposed for the vast level of discriminatory actions inflicted upon innocent college students, the same thing has been happening in the military, but with much more drastic results.

Not all allegations of sexual assault however result in such a similar outcome of a false accuser bring unmasked and an innocent military member released. For example, each month the Army Times publishes the results of court-martials. SOH realizes the most dangerous scenario for someone falsely accused of sexual misconduct, especially a lower ranking enlisted service member, is to go with military defense counsel alone and have the case determined only by a judge. A young military member, with a naïve belief the system will realize its mistake, will almost certainly end in conviction.

In understanding the basic principles of how the mafia works, the rank structure, the enforcement practices, the threats, the proof of enforcement by foot soldiers, the rewarding to those who facilitate, we see similar patterns of behavior going into the current military’s witch hunt of those accused of sexual misconduct, especially the innocent ones, and seemingly, the sole objective is to convict by any means necessary.

Are we now in, or are we experiencing similar ‘mafia’ style tactics in the persecution of allegations of sexual misconduct in the military, especially the innocent ones?

Interesting analogy and question; isn’t it? Watch a few episodes of The Soprano’s on Netflix or YouTube and decide for yourself.

By Save Our Heros|October 27th, 2017|False Allegations, General, Military Justice, Military News, Military Sexual Assault Prevention, Save Our Heroes|Comments Off on Unlawful Command Influence Exposed at the Highest Levels of Military Legal Leadership