Previous Next
Colonel Doug James (ret), Chairman of “Save Our Heroes” is a “Wingman” for Change! 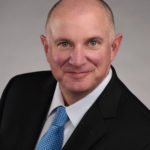 Colonel James writes, “I was honored to make my first trip to Washington D.C. as Chairman of ‘Save Our Heroes’. I can’t tell you how exciting it is to know Congress is going to be our ‘Wingman’ for changes within the military judicial system. As a retired veteran, it is an honor to work with such great leaders.

During my D.C. visit, I attended a caucus meeting discussing Male Sexual Assault and heard from three survivors. These former military members have heart breaking stories and I commend them for speaking up. It takes a lot of courage to do what they did and I’m honored to have met them. After listening to their stories, and hearing the experts explain the clinical results, it was fascinating to understand their consequences were very similar to those of our falsely accused. I would never have imagined it, but the survivors told me themselves, the parallels of the two groups’ tragic life stories. Because of these parallels, Save Our Heroes will give its full support to the ‘Mr. MST’ non-profit. ‘Save Our Heroes’ will be ‘Mr. MST’s’ Wingman throughout their fight!!

Unfortunately, during my visit the corruption and immaturity of the military judicial system was demonstrated once again. I was shocked at the immaturity, lack of Constitution understanding, and complete denial demonstrated by military judicial representatives. This just reinforces the need for legislative changes to the military system. We at ‘Save Our Heroes’ understand the enormity of what we are demanding, but the sanctity of the United States Constitution requires the change. Change not only for ‘Save Our Heroes’ but for ‘Mr. MST’ as well. Without the changes our country will implode due to a cancerous judicial system. Again, it is comforting to know we have Congressional support.

As Chairman, I look forward to bringing the military system back in line with the Constitution. I’ve been told it will be a tough fight, but I know the Save Our Heroes organization can do it. We have an incredible team of supporters and donors. I want ‘Team SOH’ to know I’m very thankful to be involved and will fight until the end for legislative change! As we used to say in my past life, “fights on”!!

By Save Our Heros|September 22nd, 2016|Military Justice, Military News|Comments Off on Colonel Doug James (ret), Chairman of “Save Our Heroes” is a “Wingman” for Change!