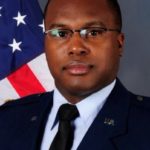 Major Clarence Anderson III has been falsely imprisoned using known perjured testimony from his ex-wife given during a contentious custody battle. Major Anderson’s USAF senior commanders continued the case against Major Anderson even though civilian authorities declined prosecution based on the lack of a credible allegation. Senior USAF leadership not only chose to ignore a complete lack of evidence, they chose to believe a woman with a felony record instead of the word of a Squadron Commander with two Master’s Degrees and an exemplary service record.

Major Anderson filed for divorce and custody proceedings after he discovered his wife was having an affair. Once divorce was imminent, his wife made accusations of sexual assault and other charges to military officials to prevent MAJ Anderson from obtaining custody of their child. Charges were filed by the Air Force even though investigations from the Florida State Attorney and a testimony given at trial by civilian law enforcement had already determined no crime had occurred. Prior to trial, MAJ Anderson’s wife even tried to bribe him into giving her custody. She advised MAJ Anderson she would not testify at trial if he would give her sole custody of their child. MAJ Anderson refused.

MAJ Anderson was convicted based on his ex-wife’s allegations alone. After his conviction, it was discovered that the man MAJ Anderson’s wife had an affair and later a child with, had been paid $10,000 by his ex-wife’s mother just prior to testifying at MAJ Anderson’s court martial. Although the Air Force lacks jurisdiction because MAJ Anderson’s ex-wife, new boyfriend and ex-mother-in-law are all civilians, they declined assistance from the FBI to investigate the payments. With the aid of queries from President Obama and Representative Martha Roby (AL), MAJ Anderson was awarded a rare post-trial hearing to inquire about the $10,000 payment. Testimony at the post trial hearing confirmed that the man his wife had an affair and child with, received not $10, 000 but $100,000 in benefits prior to him testifying at MAJ Andersons court martial!

Shockingly, at the post-trial hearing, the Air Force judge ruled the evidence regarding the $100,000 payment would not likely have changed the outcome at trial and denied the defense motion to discuss the additional evidence. Further, the judge declined to follow the guidance given by the Air Force in answering the Congressional Inquiry. After the post-trial hearing MAJ Anderson conducted an over the phone interview from the military brig with the Air Force Times. As a direct result of the interview, MAJ Anderson was placed in solitary confinement, which led MAJ Anderson to take the desperate measure of going on a hunger strike in order to have his plight made known.

MAJ Anderson has been unjustly incarcerated since 22, April 2015.